(GSM) — James Harrison, who was once a dominating force on the Steelers’ defense, took to social media following his former team’s loss to the Bengals Sunday.

The linebacker who has one of the most memorable plays in Super Bowl history, posted a video to his Instagram page where he showed disbelief that the Steelers would fall to the Bengals who — at that point — had only won two games all season.

His most recent post was coupled with a John Fogerty song titled “Centerfield” blasting in the background. Harrison can be seen picking up a game-worn Steelers helmet from his in-home trophy case, sarcastically insinuating he is ready to return to action to help the “Black-n-Gold.”

The Steelers (11-3) entered the game Sunday with a chance to clinch the AFC North title. However, the Bengals (3-10-1) had other plans as they walked away with a convincing 27-7 victory.

Harrison — a five-time All Pro — played for the Bengals, Patriots and Ravens in addition to the Steelers and hasn’t seen the field since 2018.

(GSM) — When it comes to embattled NFL wide receiver Josh Gordon, it is another sad chapter in the life of a once mercurial talent.

The life inside the pressure cooker of the NFL is too much for a person who engages in drug use, to overcome. The psychological problems associated with addiction are far too complex, the pressures to perform too great and the lack of real treatment is sorely lacking. Acknowledging the problem is a step, but real treatment geared towards managing the damage done to your brain as a consequence of addiction, is what is needed to save users like Josh. Professional football has far too many triggers, too many risks, too many temptations for any athlete suffering from addiction, including but not limited to opioid use found in many athletes worldwide.

What most people don’t realize, is that drug use changes the function of your brain by burning up synapses that secrete dopamine and enkephalins. The synaptic junction cannot ever achieve the high they once experienced. The brain is telling you to get the drug and will put you through hell if you don’t receive it. You chase a high you cannot achieve no matter how much you take. The user will get high, but the brain tells the individual to get more and more, it is never enough to calm the desire for more drugs.

“My heart goes out to Josh having to face this again. The fact that he is up against it and all, it poses a great challenge to him. Fortunately he’ll have the great benefit of all of the league’s resources to support him and help him and we’ll wish him the very best in taking care of business. It’s really unfortunate.” – Seattle Seahawks head coach Pete Carroll in a press conference

This week, it was announced that he will be suspended indefinitely by the NFL after testing positive for performance enhancing drugs and substance abuse. For Mr. Gordon’s sake, it is best that he receives the necessary treatment needed to overcome the addiction. Nonetheless, it is best to take a step back from gridiron competition and focus on saving his own life.

PITTSBURGH (GSM) — The Steelers are currently sitting at .500 with a record of 4-4 so far on the season and are in second place in the AFC North behind the Baltimore Ravens to handed the Patriots their first loss of the season. As for the Steelers, however, they defeated the Indianapolis Colts Sunday 26-24 at Heinz Field. 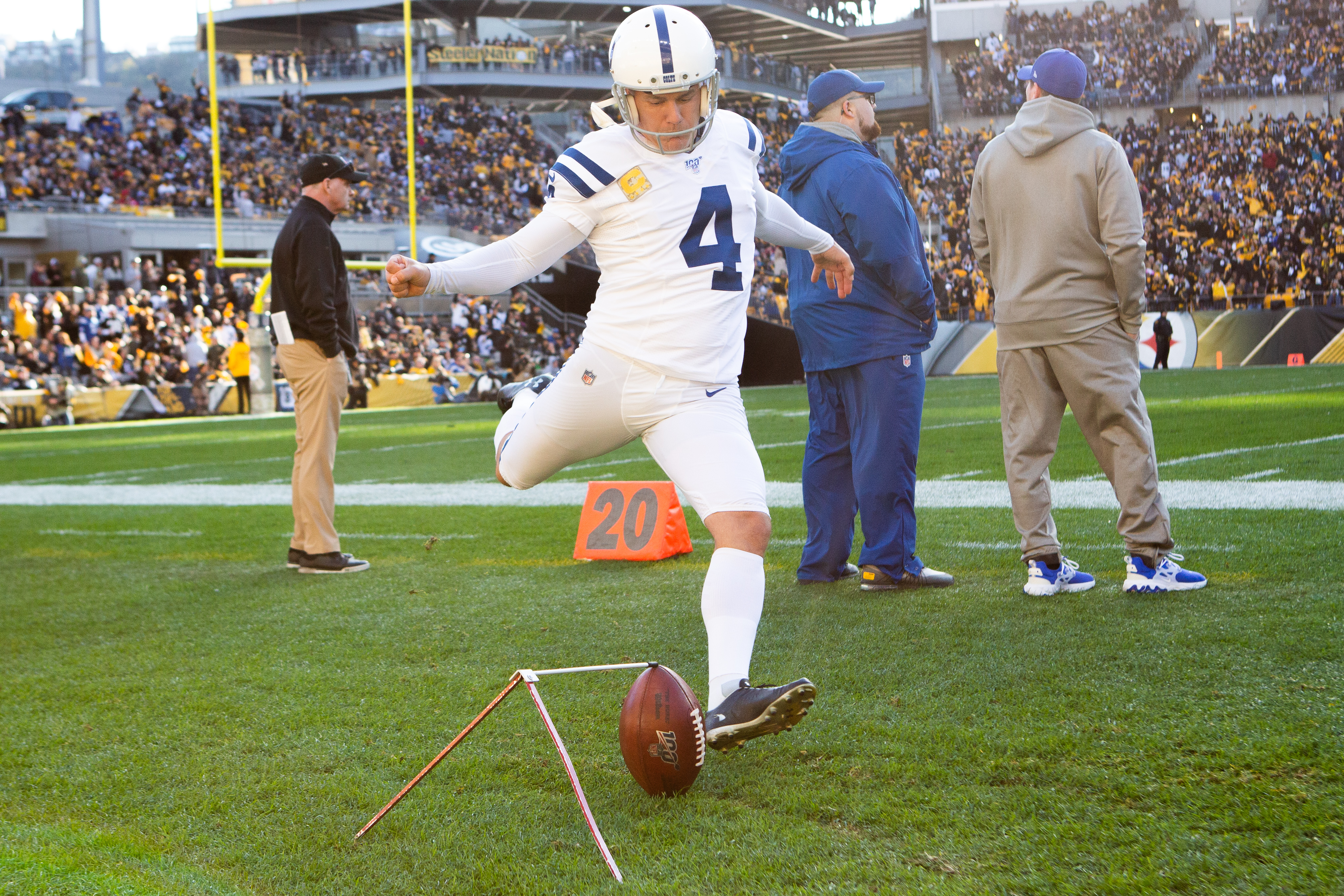 Colts kicker Adam Vinatieri missed a 43-yard kick which could have turn the tides of the game. A man of a few words after the game, “I just missed it. I have to do better than that. Just pulled it left.”
In his post game press conference, Steelers Head coach Mike Tomlin is happy about his team’s victory, however saying there is more work to be done to continue winning. “It is great to get a win versus a winning team. That team had been in a bunch of close games and won a lot of them. It’s good when you can be in a game against a team that is used to winning in close games and pull it out, so we are thankful for that. We have some things to fix, obviously, red zone execution and so forth.” Tomlin said, “But we will address it and address it with the win. It is good to be .500 at the turn like we talked about early in the week given where we have come from. It’s going to still be a while. We will work forever trying to get that September stench off of us, but that is life in this thing, and I appreciate the effort and fight. It is good to be sitting at 4-4.”

Steelers safety Minkah Fitzpatrick, has played lights out since joining the Steelers in week 3 of the 2019 season. Since that time, he has 4 interceptions, one of which he took 96 yards for a touchdown Sunday against the Colts. “I was just reading the quarterback. He looked right first, then he looked hard left, shoulders turned and everything, so I just started drifting that way. He let go of the ball and I went and got it.”

Linebacker Budd Dupree was also instrumental in the success of the defensive stand with a forced fumble and 2 sacks. Both he and TJ Watt had big plays for losses. Watt recorded 1 and a half sacks and says he and Dupree are working well together as a linebacker tandem.
Next up, the Steelers host the 5-3 Los Angeles Rams who sit at 3rd place in the NFC West behind the unbeaten 49ers and Seahawks, both of whom beat the Steelers this season.

PITTSBURGH (GSM) — Even though the Pittsburgh Steelers lead the all-time series against the Chargers 23-10 (including the post-season), Pittsburgh has an uphill battle as they struggle against teams when traveling across time zones.

The last 3 meetings against teams on the West Coast (or relatively close) has resulted in losses. In 2018, the Steelers fell on the road to the Oakland Raiders (24-21), Denver Broncos (24-17) and in ’19 walked away winless when facing the San Francisco 49ers (24-20), respectively.

This week, the Chargers are at home and face their own struggles. Sitting at 2-3 and 3rd place in the AFC West, Los Angeles is coming off of a loss to division rival  Denver Broncos.

Chargers quarterback Philip Rivers — who Steelers head coach Mike Tomlin labeled a, Hall of Fame caliber quarterback” — has a completion percentage of 68% on 194 passes and 7 touchdowns, however, is missing his anchor on the offensive line for the season.  Mike Pouncey (twin brother to Steelers center Maurkice Pouncey) was placed on the team’s injured reserve list on Oct 9 after suffering a neck injury against the Broncos. An injury that will have him sidelined for the season, possibly longer.

Rivers, who has faced adversity before, said in a press conference, “We have to be physical, come out and be hungry.”

The Steelers — on the other hand — must rely on their defense to carry the load and stop the Chargers offense who has proven to be efficient in recent history. The addition of safety Minkah Fitzpatrick has assisted Pittsburgh in defensive stops across the middle. In his Steelers debut, he recorded an interception and has made a significant impact in the secondary. Fitzpatrick was acquired from the Miami Dolphins for a 2020 1st round pick and a 6th-rounder in 2021.

Brian Cook is an Emmy-nominated international journalist who has been covering the National Football League since 2005. He can be reached at BCook@GoldenSkyMedia.com.

PITTSBURGH (GSM) – A scary moment came in the 3rd quarter of the game against the Baltimore Ravens where Steelers quarterback Mason Rudolph was knocked out following a vicious hit by Earl Thomas. The hit  left him unconscious for several minutes and an obvious stoppage of play. Rudolph was able to walk off of the field, woozy and discombobulated.

Head Coach Mike Tomlin addressed the media confirming the aftermath was a concussion.  “I thought he represented himself well. He gave us a chance. You have to tip your hat to him.” Tomlin said. “You are talking about a guy that didn’t make our opening 53 and all those things, we know his story. You also have to acknowledge that he has done some good things at every step along the way through the team development process when given the opportunity and that is why he is in the position that he is in. That is probably why he made the positive showing in spots that he did today.”

The Steelers lost the game 26-23 and travel to the West Coast to face the Chargers on Sunday.

The following video is courtesy of the Pittsburgh Steelers‘ Twitter feed:

Devlin Hodges addresses the media about feeling comfortable coming into the game, Ben Roethlisberger helping him on the sidelines and more. pic.twitter.com/Kw4BoZyaNh