PITTSBURGH (GSM) — “Najee Harris is the second coming of Franco Harris,” says football guru and NFL scout Smokin’ Jim Frazier. Only time will tell, but he very well could be!

Harris leaves the Alabama Crimson Tide as the top running back on the 2021 draft board to a Steelers team that cut ties with James Conner, the team’s former starter at the position. Harris racked up 4624 total yards from scrimmage with an impressive 3843 yards by way of rushing.

Steelers Head Coach Mike Tomlin and General Manager Kevin Colbert took questions from the media Thursday, moments after the 1st-round selection. “He’s got a nice combination of size, strength and athleticism. His picking vision is excellent in terms of finding holes,” Tomlin said. “He shows patience while doing that. He’s a complete back.”

PITTSBURGH (GSM) — Erie, PA native and former Steelers running back James Conner has a new home over 2,000 miles away.

The Arizona Cardinals signed Conner in a 1-year deal just months after the Steelers decided not to renew his contract. In 4 years with Pittsburgh he racked up 2,302 yards rushing and 22 touchdowns on the ground. He also accomplished 963 receiving and 4 receiving touchdowns throughout his tenure.

Conner joins Chase Edmunds and Jonathan Ward in the backfield and is the second big-name free agent signed this off season by the Cardinals. Arizona signed former Texans defensive end J.J. Watt signed a 2-year, $31 million contract on March 3.

Welcome to the Valley, @JamesConner_!

We have agreed to terms with RB James Conner on a one-year contract.

Forever a hero to many in Pittsburgh! 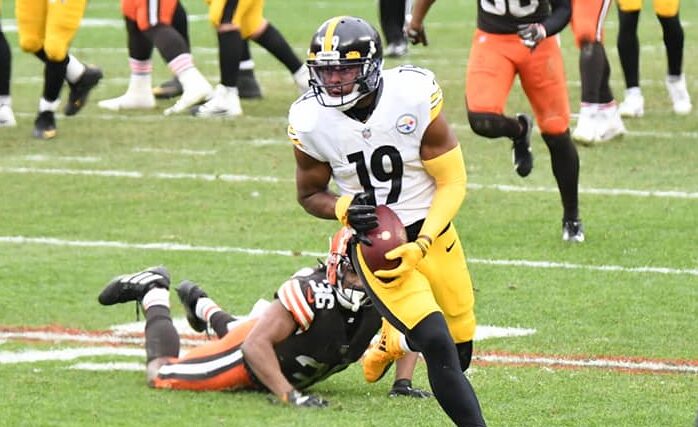 PITTSBURGH (GSM) — Heading into the final game of the 2020 season, the Pittsburgh Steelers have released offensive tackle Derwin Gray to make space in the 53-man active roster and 10 on the practice squad.

Gray was a seventh round draft by Pittsburgh out of Maryland in 2019. He spent most of his time on the team’s practice squad but played in five games this season.

On Twitter, Gray thanked the city of Pittsburgh and fans for the support during his time as a Steeler but mentioned that he is excited to begin the next journey in his career. The Jacksonville Jaguars claimed him from waivers on Tuesday.

Thank you Pittsburgh ❤️
Excited to get started in JACKSONVILLE #DUVALLLLLL🗣 pic.twitter.com/CAr1U34Mn4